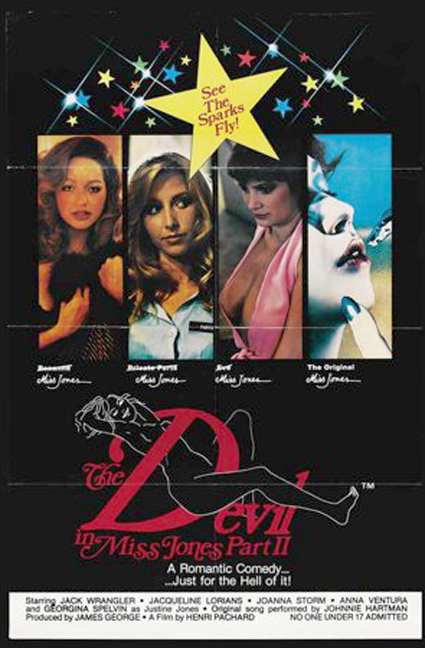 The 2022 Academy Awards ceremony takes place this evening, with the event being broadcast live on television all over the world.

But rather than tune in to see ‘West Side Story’ compete with ‘The Power of the Dog’, we prefer to travel back 38 years and watch the 1984 Adult Film Association of America (AFAA) awards – when films like The Devil in Miss Jones Part II, Little Girls Lost, Naughty Girls Need Love Too, Reel People, and Suzie Superstar battled it out.

The event itself was billed as ‘Adult Movies Have Come of Age’. With hindsight, the title is bittersweet: the evening now feels like the last gasp of the golden age, the eleventh hour before the takeover of the shot-on-video productions that would dominate from the following year. The 1984 awards make little reference to the next generation’s new breed of star, such as Ginger Lynn, Christy Canyon, and Traci Lords, who would take over proceedings in future years (though video-porn starlet Angel can be seen handing out each of the awards.)

A note of melancholy is provided by the performer Shauna Grant, who features prominently with three nominations and a presenting role. She committed suicide weeks later. 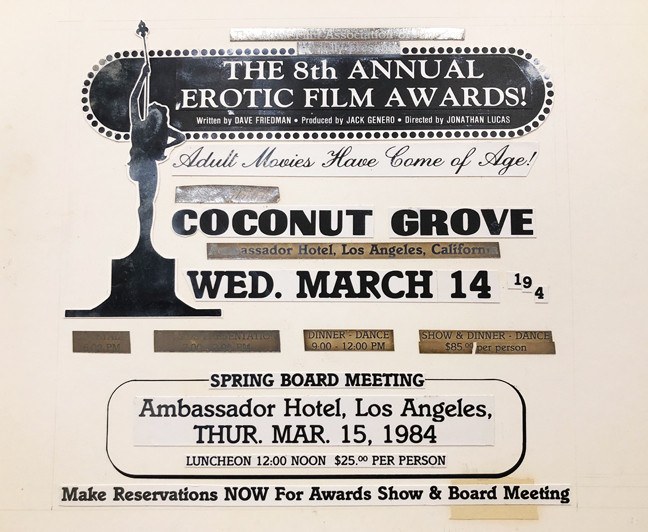 David Friedman, Chairman of the Board of the Adult Film Association of America (AFAA) opens the ceremony, and introduces his co-host, Seka.

‘Sexy Faces’ from Flesh and Laces, Part I and II, sung by Carolyn Gardner.

‘If I Love You Tonight’ from Suzie Superstar, sung by Julie Christensen.

Nominees:
‘If I Love You Tonight’ from Suzie Superstar
‘Sexy Faces’ from Flesh and Laces, Part I and II
‘It’s Just The Devil In Miss Jones’ from The Devil in Miss Jones Part II
‘Little Girls Lost’ from Little Girls Lost
‘That First Love’ from In Love
‘A Woman In Love’ from Between Lovers
‘The Young Like It Hot’ from The Young Like It Hot
‘Outrageous’ from That’s Outrageous

‘Ladies of the 80s’ performed by the Michael Darrin Dancers – choreographed by Michael Darrin, veteran of more than 50 Broadway and stock musicals, who worked with Cyd Charisse, Elizabeth Taylor, Bob Hope, Diana Ross, Cher, Paula Abdul, and Lucille Ball, among others.

Presented by Jimmie Johnson, President of the AFAA.

Awarded to Dr. Lois Lee, founder of Children of the Night, a privately funded non-profit organization established in 1979 with the specific purpose of rescuing children and young people from prostitution and sexual exploitation.

Dave Friedman brings the AFAA ceremony to a close. 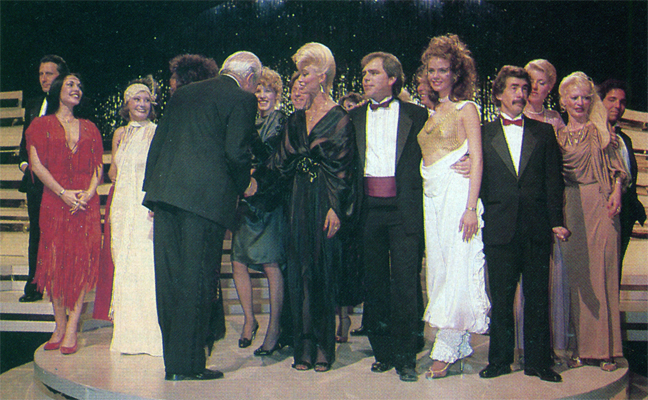