The Rialto Report is a series of podcasts and articles dedicated to expanding the historical record on the adult entertainment industry between the early 1960s and the mid-1980s.

We take a special interest in adult film production in New York during this period but are also interested in the industry in other geographical areas.

The Rialto advertised “pictures chosen to give you the ultimate in thrill entertainment”.

We are indebted to Bruce Levy, whose grandfather, Sydney Levy, was a projectionist at the Rialto back in the 1940s, when it was still a mainstream theater. This is Sydney’s electrician’s license from 1944 – with the Rialto Theatre listed on it. 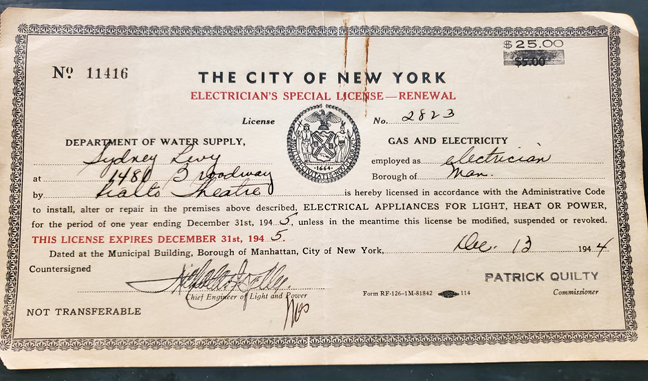