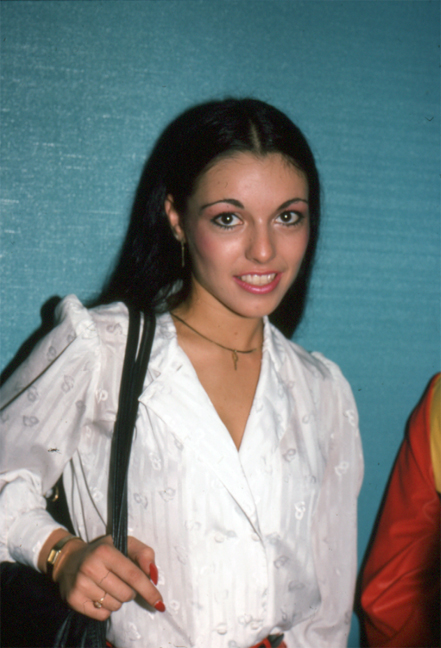 The adult film industry has constantly changed – as film-making techniques, aesthetics, and fashions have evolved, and were subsequently adopted and reflected in explicit sex films.

One of the more interesting changes was the way that adult film performers presented themselves in public.

In the early 1980s, the stars were more unfamiliar with the spotlight and fame bestowed upon them. As a result, they sometimes came across as self-conscious, even awkward, at industry events. At times, their comfort with performing sex acts in front of the camera gave way to tentative insecurity off set, when they were confronted with press photographers.

By the 1990s, just a decade later, the stars had changed – and by now were more assured and confident with the public role they played. They understood the rules of the game, and were more willing to play along.

One man who saw this change first hand was photographer Ed Geller. Ed was a Los Angeles news photographer who specialized in celebrity paparazzo shots. But when he wasn’t taking pictures of Joan Collins attending an awards ceremony or Brooke Shields leaving a swanky restaurant, he liked to attend adult film industry events. He started in the late 1970s, and was still taking pictures in the 2000s.

We recently acquired a large selection of Ed Geller’s pictures, and enjoyed noticing the contrast in the adult film business between the early 1980s and the mid 1990s.

We juxtaposed pictures from these two contrasting eras next to each other – sometimes humorously, sometimes provocatively  – so that we could compare and contrast the different time periods.

One industry. One photographer. Two eras: Side by side.