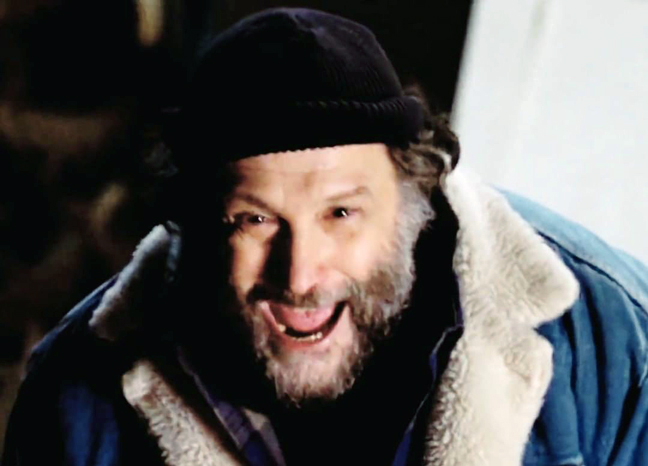 The actor Robert Kerman, also known as R. Bolla, died this week in New York at the age of 71.

His career lasted over 10 years, from the mid 1970s to the mid 1980s, and encompassed work for all the main adult film directors. He was perhaps most well-known as the bumbling Mr. Greenfield in Debbie Does Dallas.

As a tribute, we’re re-releasing our 2013 interview with Robert, together with an all-new introduction in which The Rialto Report’s Ashley West remembers spending time with Robert.

This podcast is 62 minutes long.

I first became aware of Robert in more mainstream films – specifically in the notorious Cannibal Holocaust from 1980, but even before that a film at the other end of the spectrum, the romantic comedy, The Goodbye Girl, in 1977. The star of The Goodbye Girl was Richard Dreyfuss – which in my mind was appropriate because I always thought of Robert as the Richard Dreyfuss of the adult film business. They were born within six weeks of each other, into middle class Jewish neighborhoods in Brooklyn. Both were passionate about the craft of performing, and came through the ranks doing theater to define themselves as actors.

Both men were short and neither had leading man good looks but they succeeded playing animated, wise-cracking, characters who were always worth watching.

Both won awards, acted prolifically, had problems with drugs – and up and down relationships, and their careers tailed off after the 1980s.

And they were both fans of each other too. When they made The Goodbye Girl, Dreyfuss took Robert aside and told him how much he’d admired him in adult films, and was particularly friendly to him on the set.

But of course the similarities between the two of them end there. By the mid 1970s, Richard Dreyfuss was a Hollywood A-lister, and Robert Kerman was R. Bolla, more commonly recognized for being Mr Greenfield in Debbie Does Dallas rather than for his Hamlet.

Could Robert have made it in mainstream films and theater work? In a parallel universe, was he the successful character actor, regularly employed, and appreciated for his craft, and Dreyfuss the embattled sex and exploitation journeyman actor?

The problem, he said, was that the industry made him lazy. It took away the hunger that an actor needs to get up in the morning and go to countless auditions, and give everything he’s got, only to get rejected time and time again, before getting back up and going back out looking for that one part, that one role, that will make the difference, that will be the break-through.

When I first met Robert 10 years or so ago, he was still hoping for that big break. Unfortunately, he’d fallen on hard times, the medical treatment he paid for his terminally-ill cat had left him penniless and near destitute. He was living in a small apartment in the center of Manhattan in a subsidized building reserved for people who had worked in the performing arts. Outwardly, he appeared cheerful, but his situation was desperate. He watched television 24/7, was surrounded by medications to help him in his poor health, and confessed to having names for the two rats that would come out at night when he watched films.

When I visited him after that, he was always great company, full of conversation and insight about history, politics, films, and much more. He often spoke about his friends from the adult film days – and one in particular, a fellow adult film actor, Michael Gaunt. Michael and he had started in the sex film business in the same era, and shared a passion for the craft of acting. They lived together for a time, and practiced Shakespeare scenes with each other. In the years since then, their lives had gone in parallel directions, with many highs and lows. Neither had climbed the heights that they’d dreamed of when they recited lines together night after night, but they were still going, still dreaming big. Robert hadn’t seen Michael for many years and wondered how he was doing.

I found that Michael was starring in an outdoor production of ‘A Midsummer Night’s Dream’ in upstate New York, and offered to drive Robert up to see the show. Robert was only too happy to go – and we decided to keep it a secret from Michael until after the show.

In one section of the play, Michael – who’s always a physical actor – comes into the audience and recites his speech directly to an audience member. When it came to that moment, Michael jumped into the audience and found himself suddenly confronted by the smiling face of Robert. They looked at each other in the eyes for what seemed an eternity, Robert beaming happily, Michael looking surprised and incredulous. They were suspended in stillness. It was as if they were exchanging infinite memories and the understanding of many lifetimes ago, a common bond of dreams, hardships, and loves lost and won, just by looking at other.

When I interviewed Robert, I asked him about his relationship was with God. Robert smiled and said they were on speaking terms. He admitted to praying every day. The prayers were always the same he said. He just asked for one more final curtain. One more moment in the spotlight. One final act.