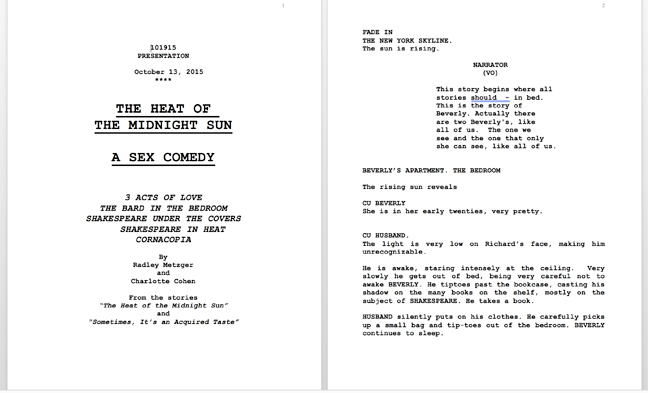 Last Friday, filmmaker Radley Metzger passed away. This week The Rialto Report is paying tribute to him each day with a different article.

Right up to his passing, Radley Metzger was hoping to direct another film. In the last of our tributes in which we remember his life and work, Ashley West looks back at two of Radley’s final film projects.

Radley Metzger liked to be busy. It was an existential need, as if he feared he’d run out of steam if he ran out of ideas. Even in his late 80s, he carried around a scribbled list that itemized assorted mini-projects – from people he wanted to contact, to ideas for films and books, and new dates to be added to his busy calendar.

He’d lived long enough to see a resurgence of interest in his films, (“when people begin to flatter you on how much you’ve achieved, it’s a sure sign you’re getting old,” he’d joke wearily), but he preferred to look forward. To next week, to his next project, to his next adventure. 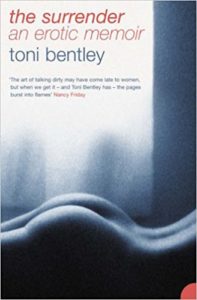 A few years ago, I gave him a book called ‘The Surrender’ by Toni Bentley. He took a look at the cover, and asked what it was about. The book jacket was coy about its subject: “Few women do it, and even fewer will admit to it… a radical and unexpected pleasure, the ‘holy’ act that she came to see as her awakening… ‘The Surrender’ is an eloquent exploration of one woman’s obsession that will be sure to leave readers questioning their own desires.”

Radley’s interest was piqued, and he read the book in one sitting. He called me straight back, wanting to meet immediately.

He was convinced ‘The Surrender’ would be a good scenario for a new Henry Paris film, and he was full of ideas of how it would work. He wanted to re-write it as a screenplay from the perspective of the female narrator. It would flash back to her formative sexual encounters. It would be witty, literate, and sexy.

First however he wanted meet the author.

We met Toni over drinks in New York and discussed the idea with her. We were in luck. Toni had recently discovered Radley’s films (her favorite was ‘Therese and Isabelle’) and she was excited by the idea of Radley being inspired by her memoir to make his first film in almost 30 years. Toni and Radley got on famously, and agreed to spend time together to enable Toni to write a definitive profile of him. The piece eventually appeared in Playboy magazine. 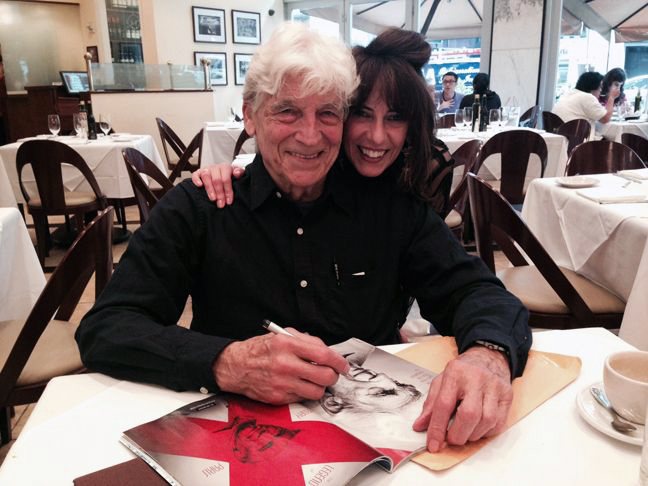 It also transpired that a one-woman play adaptation of ‘The Surrender’ was about to have its premiere in Madrid, before transferring to an English language off-Broadway version. Radley and I saw the stage version, and he starting drafting his script. We wrote contracts to buy the film rights for ‘The Surrender’ book, and drew up a production schedule and a budget.

For someone with nothing left to prove, Radley was energized, focused and motivated. We met regularly to resolve production questions and iron out potential problems.

After a while however, seeds of doubt appeared. At first they was almost imperceptible. Radley raised a few concerns here and there, but after a while he seemed to be slowing the project down. Eventually our work reached a stop. Something was on his mind, and it seemed to weigh heavily. I respected his privacy and didn’t pry, but soon the impetus behind ‘The Surrender’ dissipated and the idea was shelved.

A couple of years later, Radley told me that he wanted to make another film. Would I be interested in producing it?

This time he had his own script that he’d been working on for years. The working title was ‘Beverley’s Birthday’ though it eventually changed to ‘The Bard in the Bedroom’ before he settled on ‘The Heat of the Midnight Sun.’ 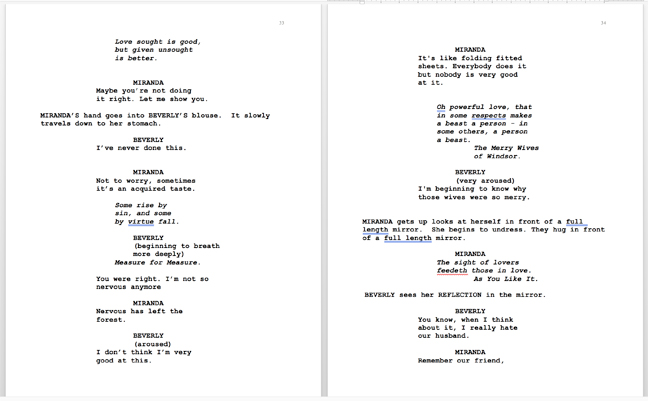 Like many of his films, it was about separation and reconciliation – through sexual discovery. It centered on a group of actors, who speak lines lifted almost entirely from Shakespeare plays. It was clever, funny, and sexy, and the plot outline reminded me of ‘The Private Afternoons of Pamela Mann’. It was a quintessential Henry Paris film. He was excited by it, and came to my apartment where he performed it in its entirety in front of me – thankfully minus the sex scenes.

Gone were the doubts I’d seen in pre-production for ‘The Surrender’. Furthermore he already had funding lined up from a distributor of his films based in California, and he was ready to proceed. 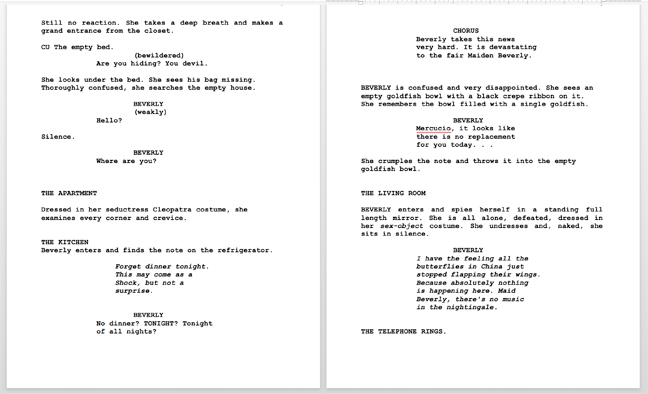 In terms of finding the right female lead, he had definite requirements. He wanted a girl that was innocent, sweet, and smart, but could handle the sex scenes. She needed to be able to recite Shakespeare convincingly. And she should have no tattoos. Definitely no tattoos, he insisted.

It was an important decision for him. Who would follow in the footsteps of Constance Money, Barbara Bourbon, Silvana Venturelli and his other stars?

I suggested the New York-based adult film performer, Stoya, and sent him a link to her viral segment for ‘Hysterical Literature’. It featured her reading ‘Necrophilia Variations’ by Supervert while being brought to orgasm by a hidden accomplice. 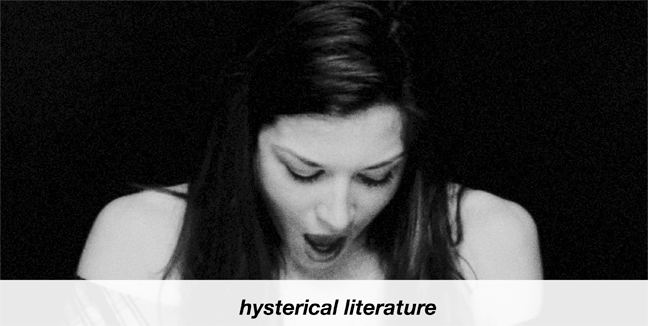 I arranged for us to meet with Stoya over lunch. Radley was charming and gentlemanly, and Stoya was captivating, intelligent and enthusiastic (“I’d even shave my legs for the chance to work with Radley,” she whispered as we left.) 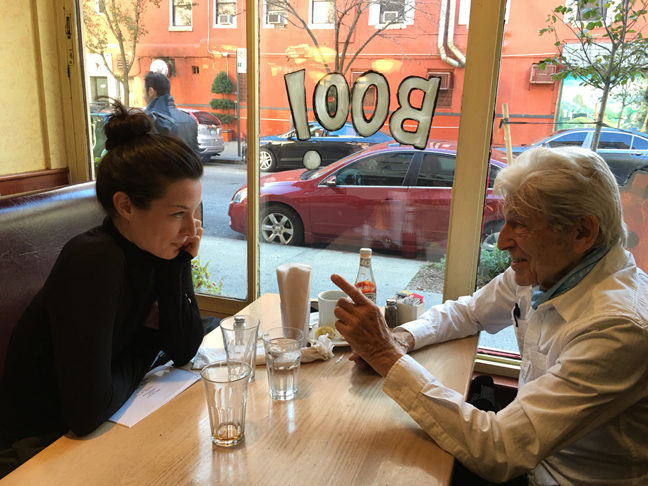 After Radley auditioned Stoya at my apartment, we met to tackle the production logistics. We developed a budget and a shooting schedule, and Radley assembled a crew of trusted people he knew. He had already lined up what he described as “the three critical people in a Henry Paris film” – a cinematographer, an editor, and a production designer. We started to scout for locations. It felt exciting to be working on a new the first Henry Paris movie for almost 40 years.

But as we moved towards setting a production date, the same concerns started to cloud his mind again. We continued to meet and talk about the project but something was missing.

Whenever I tried to tie him down to a definite plan, Radley backed off. I believed he was sincere in his desire to direct again, but his doubts had returned and seemed to be overwhelming.

After the experience with ‘The Surrender’ and now with ‘In The Heat Of The Midnight Sun’, I wanted to know what was plaguing him.

After lunch one day, we stood on the sidewalk outside the diner, and I mustered up the strength to put him on the spot. I told him what I’d noticed, and asked him if there was anything I could do to help. Why did he seem reluctant to start production?

He was silent for a time.

Finally he shrugged, and spoke.

“Maybe the problem isn’t starting a new film. Maybe it’s more about what I would do if I finished it.

What would come next?

What if I had nothing left to give?

What would I do then?

And if you have nothing left to create, well… then you’re…”

He didn’t finish the sentence, but he didn’t need to. I understood.

At this stage in his life, his scribbled lists had a different purpose. They weren’t written to get him to the finish line. He had an altered perspective now. Success wasn’t measured by completing projects any more. It was just about staying in the game. The journey had become more important than the destination. And I was just grateful to be traveling with him.

He winked back at me sadly.

We never mentioned the conversation again, and we continued to make big, never-ending plans always. 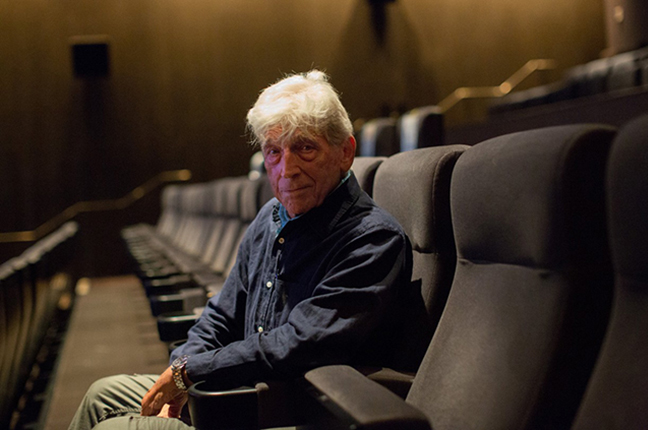