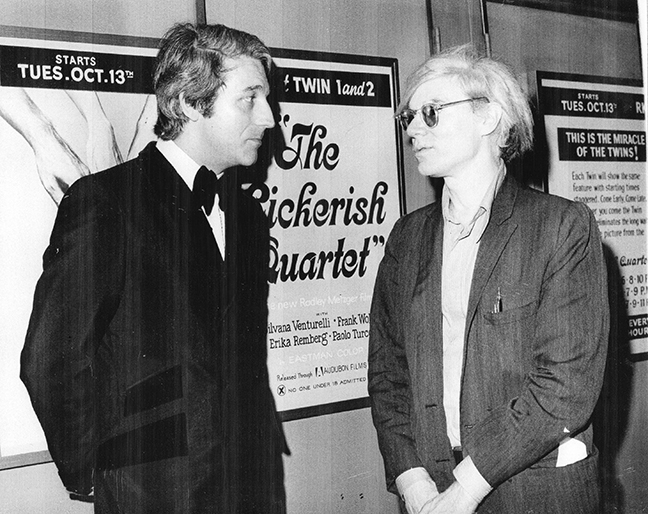 Radley Metzger died of undisclosed causes in New York City on Friday, March 31, 2017 at the age of 88.

Born in the Bronx in 1929, Radley Henry Metzger received a B.A. in Dramatic Arts from City College of New York and went on to graduate studies at Columbia University. During the early 1950s, Metzger served as a photographer in the U.S. Air Force before going on to edit trailers for Janus Films, a major distributor of foreign art films.

He emerged as an auteur in the mid 1960s making artistic, adult-oriented films such as Carmen, Baby (1967), Thérèse and Isabelle (1968), Camille 2000 (1969) and The Lickerish Quartet (1970). Much of this work was shot in Europe, and was adapted from novels or other literary sources, including ‘Carmen’, ‘La Dame aux Camélias’ and ‘Six Characters in Search of an Author’. In 1973 he directed Little Mother, based on the life of Eva Peron.

His oeuvre was distinguished by its lavish design, witty screenplays, and striking cinematography. In the words of one critic, “They capture – as much as they contributed to – the emerging sexual revolution.”

Metzger’s work has received numerous awards, honored in retrospectives, most recently at the Lincoln Center in New York, and is part of the permanent collection of the Museum of Modern Art (MoMA).

He is survived by his daughter, nephew and nieces. A private funeral service will be held by the family. An announcement regarding a public memorial will be made at a later date.

Questions regarding Metzger’s passing can be sent to: info@therialtoreport.com