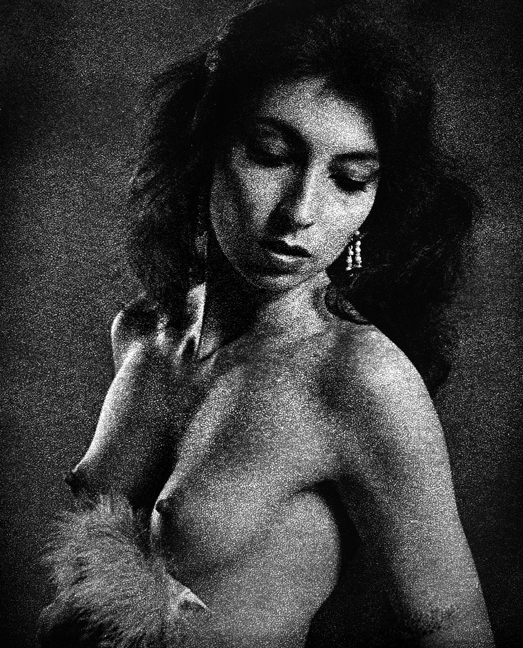 In many respects, Marlene Willoughby was the archetypal 1970s New York adult film actress – which was strange as she is a Polish / Italian Catholic from Detroit.

She arrived in New York as a teenager in 1961 with her mother and older sister – and immediately set about becoming an actress. Her sister led the way singing on Broadway with Buddy Hackett, and Marlene followed with parts in controversial off-off Broadway plays. It was a time when theaters were just starting to experiment with on-stage nudity, and Marlene signed up to act in several of these ground-breaking pieces.

Marlene modeled too – she was tall, dark, and waif-like, and for a time her Audrey Hepburn looks were used across fashion magazines.

And then (and how often do we say this?), Marlene retired and disappeared. She left New York and her dreams of being an actress behind, and headed into the wilderness of Alaska.

On this episode of The Rialto Report, Marlene speaks publicly for the first time in decades about her acting, modeling, and adult film career.

This episode running time is 67 minutes.

Marlene Willoughby in her first screen appearance, in the Sylvester Stallone thriller ‘No Place To Hide‘ (1970): 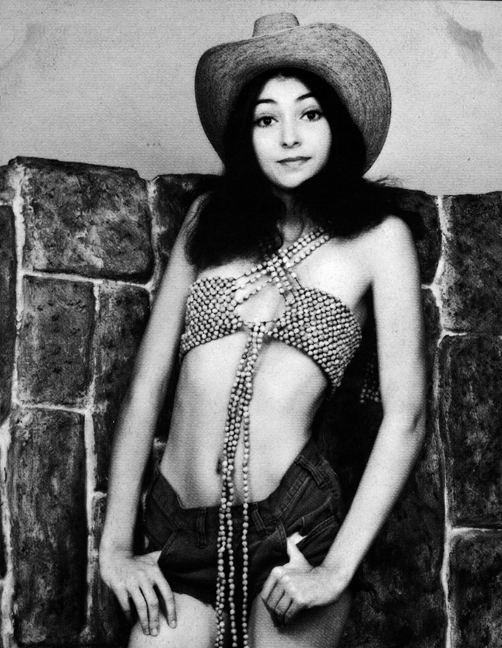 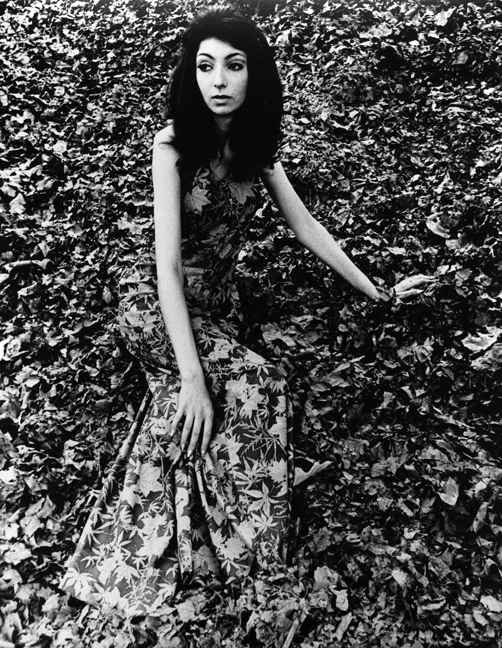 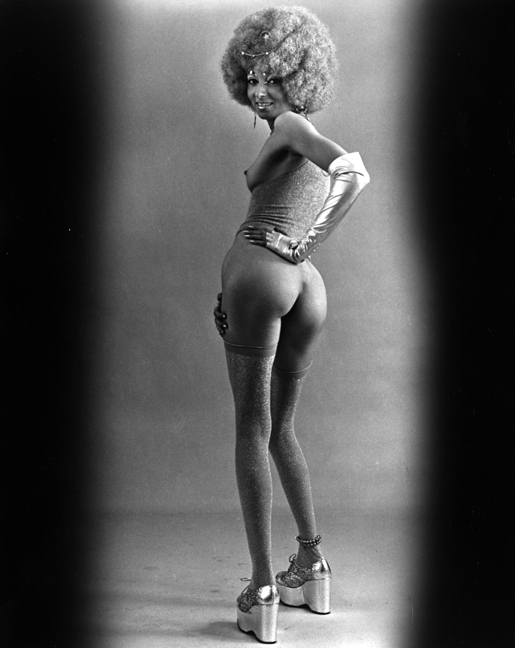 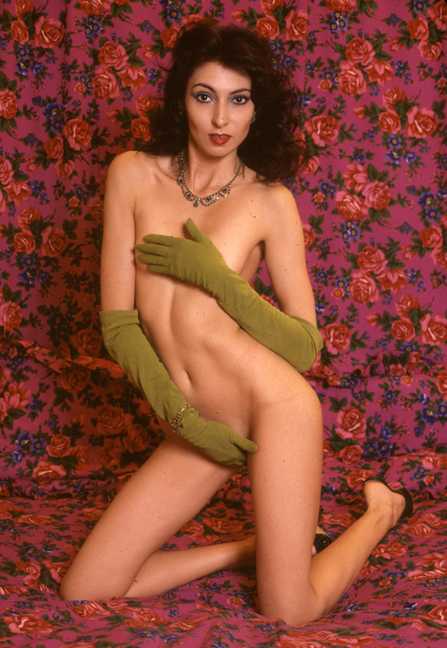 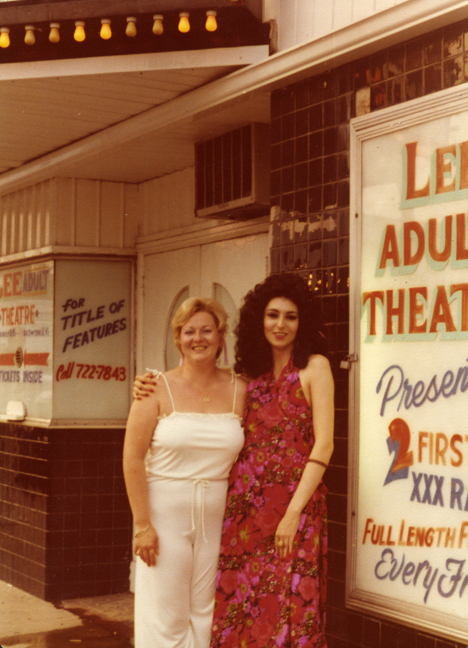 Marlene, with her sister 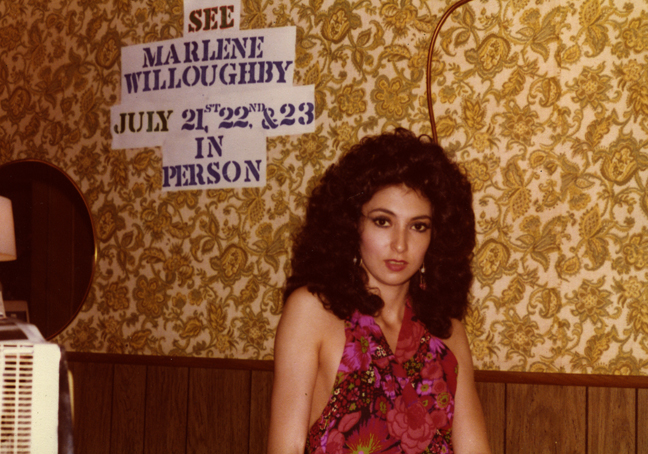 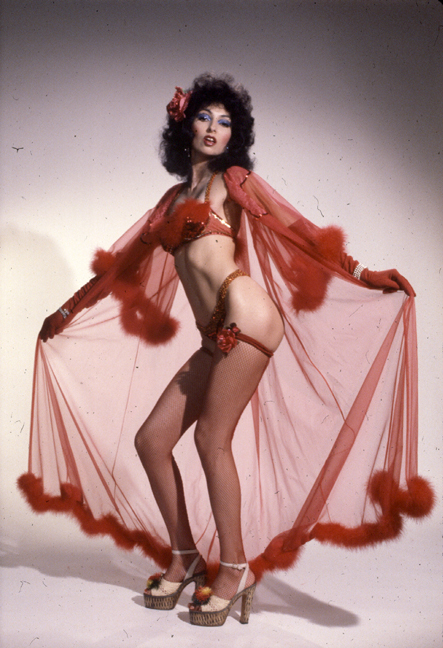 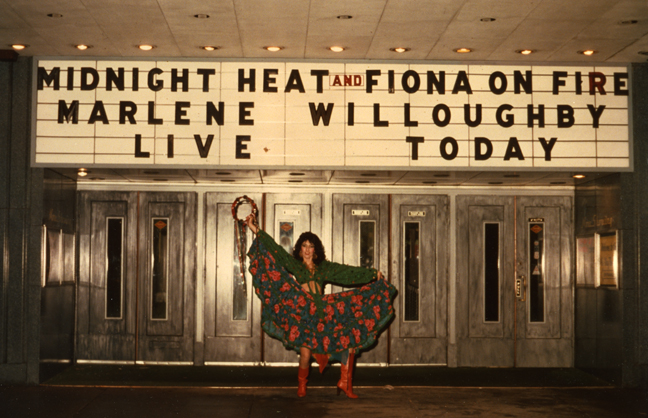