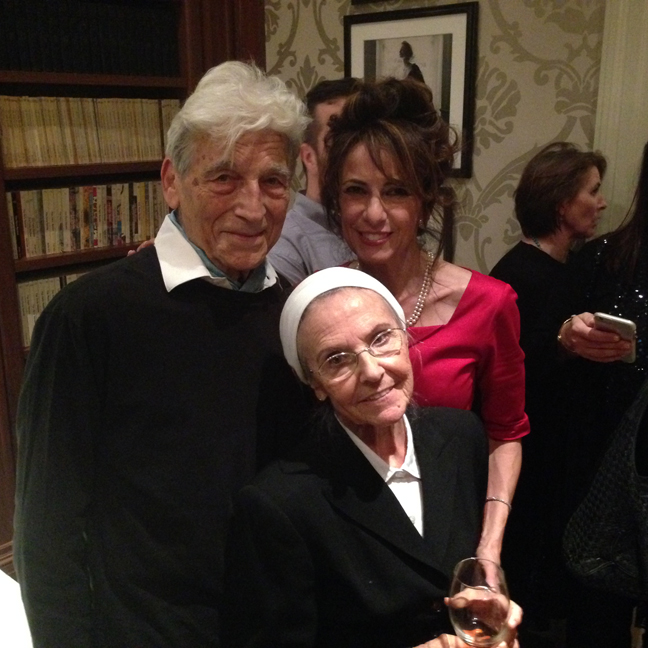 In 1975, Radley Metzger adapted the book for his film The Image.

This week Jean de Berg and Radley Metzger met for the first time, and The Rialto Report was there to capture the moment.

This week saw a rare appearance in New York by Catherine Robbe-Grillet (née Rstakian; born 24 September 1930) – a French theatre and cinema actress, photographer, and writer who has published sadomasochistic writings under the pseudonyms Jean de Berg and Jeanne de Berg.

The Observer reported on the event:

Ms. Robbe-Grillet these days spends most of her time between a chateau in Burgundy and an apartment in Paris. In both locales she spends some of her time choreographing elaborate S&M rituals—which do include things like whipping, if you’re only concerned with the prurient stuff—for the many men and women who submit themselves to her. Not the least of which, is her err, primary “submissive,” Beverly Charpentier, a 51-year old woman who pledged her life to serving Ms. Robbe-Grillet about a decade ago.

Ms. Charpentier generally attends to Ms. Robbe-Grillet wherever she goes, so she of course appeared with her at the Alliance Francaise last Wednesday to speak with author Toni Bentley about the couple’s unusual relationship.

“How many submissives do you have at the moment?” was one of the first questions Ms. Bentley posed. Ms. Robbe-Grillet, who, despite her age, is sharp as a tack, paused for a long while. Then she began to smile. She has no idea; there are too many.

“There are people for whom I am an absolute,” she eventually said, after some contemplation. “Then there are others [for whom] it’s a passing thing.” Meaning, in addition to her entirely dedicated partner (we say partner for lack of a more precise term; there is no equality there, to be sure), she has, she said, six other women who have pledged to do as she bids. Others come through for more brief sessions with her.

Just what do those sessions entail, you ask? Well, no one on Wednesday had quite the nerve to ask that question directly. But we did see parts of a documentary shot for Swedish television that documents some of the rituals in which Ms. Robbe-Grillet and her adherents partake. Men and women, some in various states of undress, are forced to dance, are forced to eat raw egg off a mirror, are made to act like barnyard animals. In one cut of the film, a man and a woman on all fours are being used as human candle stands, supporting large candelabras on their lower backs. They are pretty clearly suffering some kind of physical anguish, but also seem, somehow, to be having a sort of ecstatic experience.

So what animates Ms. Robbe-Grillet? She doesn’t know and doesn’t care.

“I have no need to understand where my desires come from,” she said. 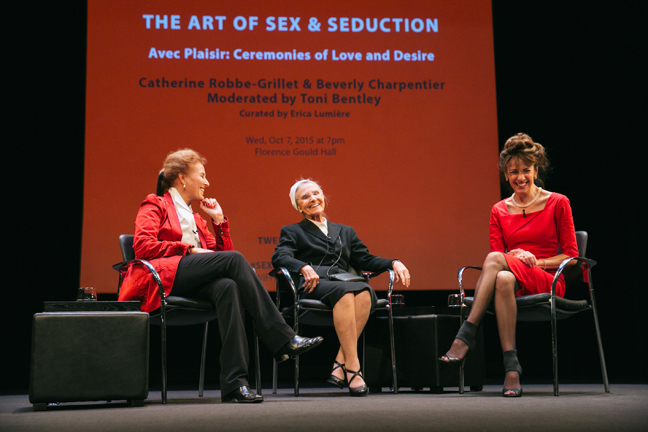 And for a more hysterical read, here’s the Daily Mail version. 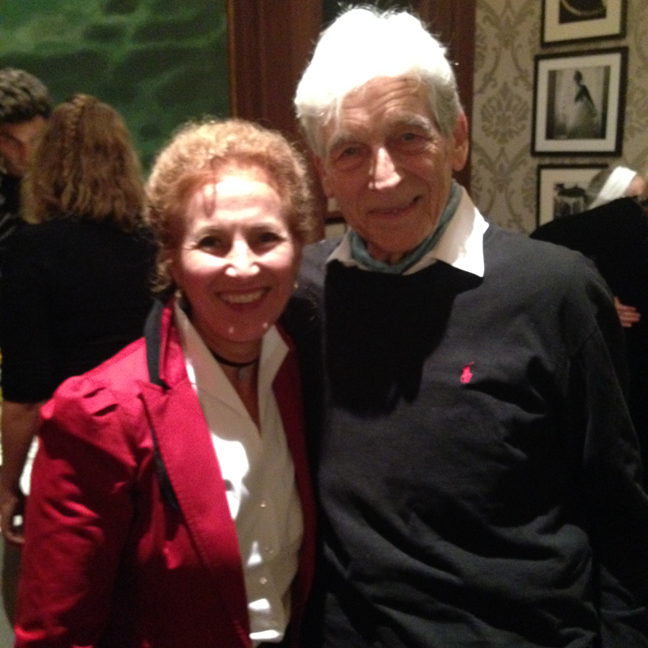