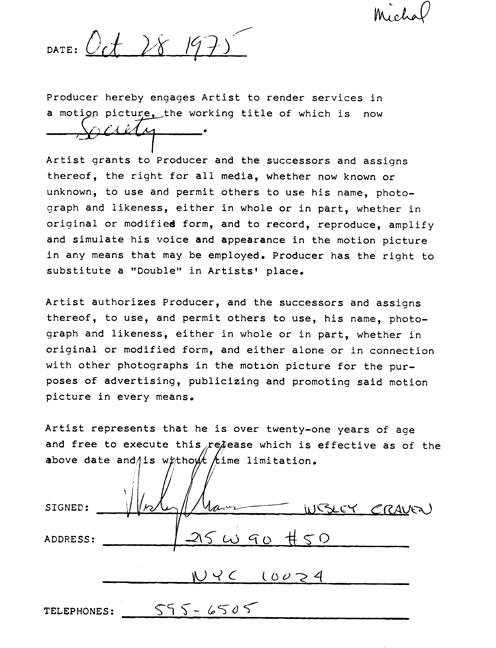 When Wes Craven passed away earlier this week, obituaries rightly praised him for his long and successful career making horror films, such as A Nightmare on Elm Street (1984) and the Scream franchise.

Some articles mentioned that he had started out working on a number of New York adult films in the 1970s – both in front of and behind the camera. When The Rialto Report spoke to Wes, he spoke briefly about his involvement in films such as It Happened in Hollywood (1973) and The Fireworks Woman (1975). In last week’s Rialto Report, Howard Ziehm recalled how Craven wrote the first draft of the script for his incestuous twins film, Sweet Cakes (1976), and Craven appeared in the film as a photographer.

But recently in a conversation with Radley Metzger, we came across the above release form for The Opening of Misty Beethoven (1976) – which had the working title ‘Society’. It was for an acting part for a character called ‘Michal’.