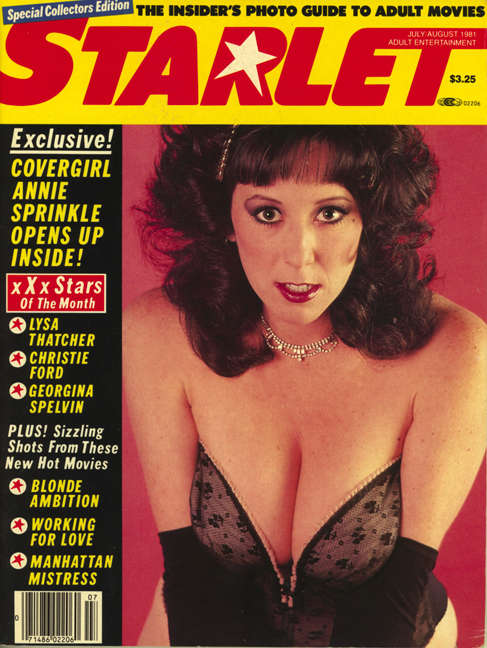 Annie Sprinkle joins The Rialto Report to remember her early life and the start of her career in adult films in the 1970s.

A few years ago I went to see a performance piece that she and her partner, Beth Stephens,  produced. I went in the company of two of her fellow actors from the early days of the adult film industry – Michael Gaunt and Jamie Gillis.

We sheepishly admitted we didn’t know what to expect in advance but we didn’t care – we were just happy to see Annie. Over the course of the next couple of hours we sat in wonder as we witnessed one of the most moving and intelligent works we’d had the privilege to experience.

She is an American original, and we’re lucky to have her. 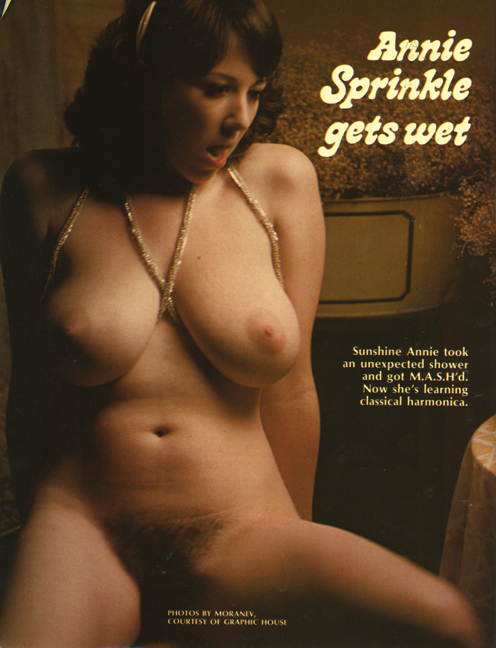 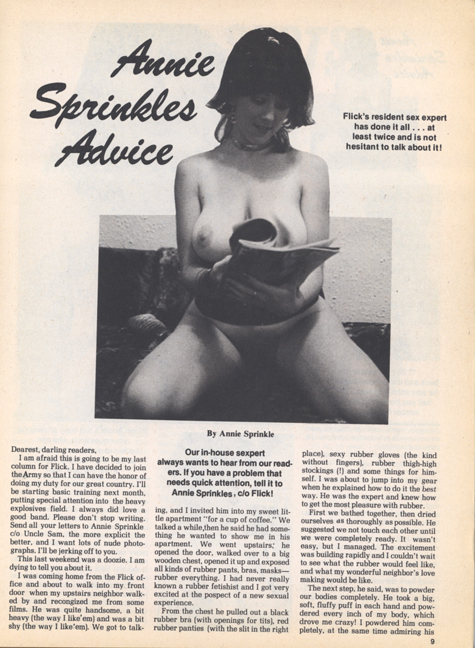 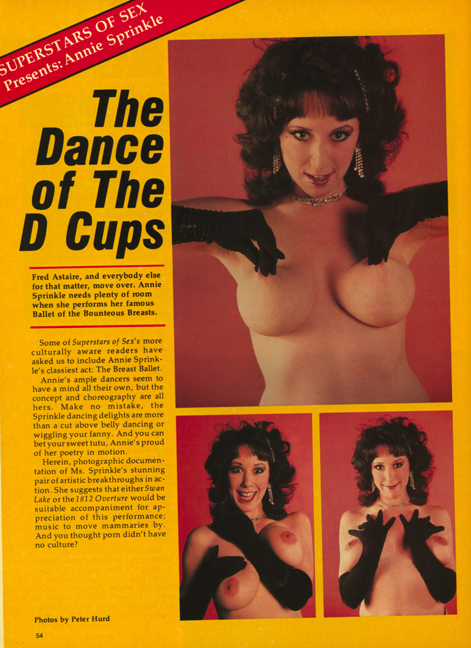 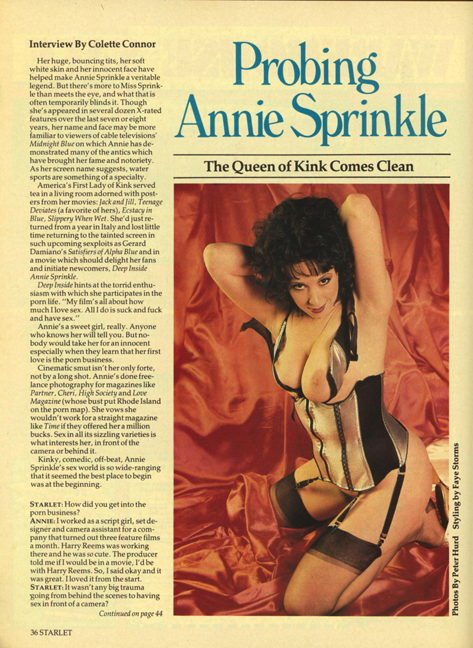