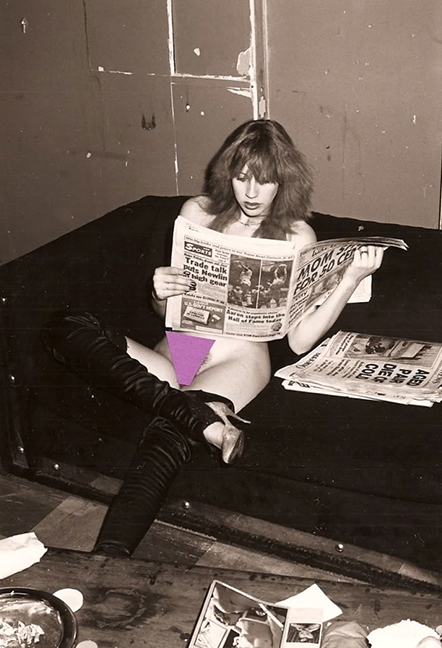 This week we return to one of The Rialto Report’s earliest and most downloaded interviews.

Long Jeanne Silver – adult film actress and stripper from the 1970s and 1980s – joins us to talk about her life and memories.

With thanks to Josh Alan Friedman for the great picture above. Visit his website here.

Long Jeanne Silver packed more life and adventure unto her first 25 years than most manage in a lifetime. 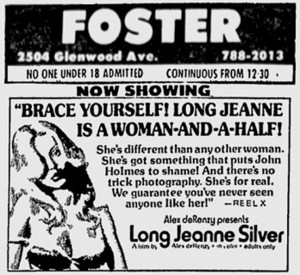 News reached the Mitchell Brothers, the renowned filmmakers and theater owners in San Francisco, who flew her out to join them, and there she appeared in her own show and starred in the Alex De Renzy film ‘Long Jeanne Silver‘

Long Jeanne Silver went on to appear in many adult films in New York, including ‘The Violation of Claudia‘, ‘Prisoner of Pleasure‘, ‘Debbie Does Dallas 2‘, and the notorious Waterpower.

On this program, The Rialto Report’s April Hall and Ashley West speak to  as Long Jeanne Silver who grants her first interview in 30 years. 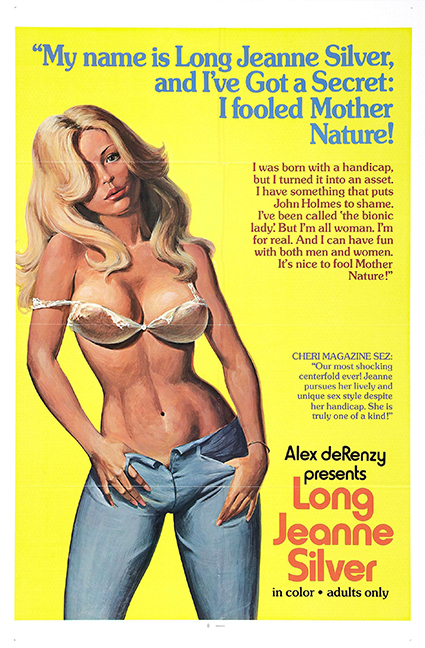