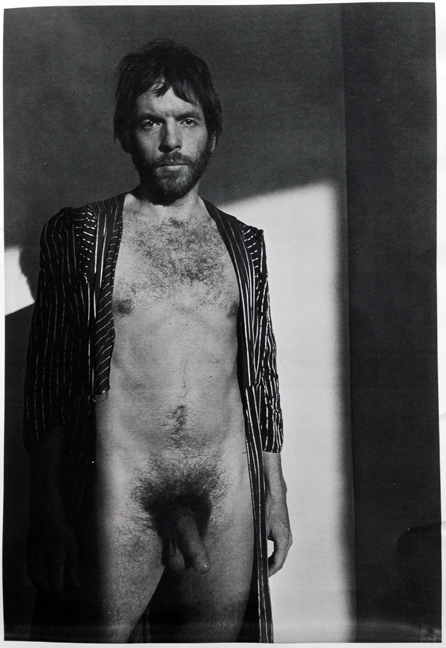 The Rialto Report is on holiday this week, but we wanted to share a previously unseen portrait of actor and writer Spalding Gray that photographer Joyce Baronio gave to us.

Spalding Gray was known for his autobiographical monologues and his association with the New York experimental theater company, The Wooster Group, which he co-founded in 1977. His experience as a bit player in The Killing Fields (1984) was translated into an OBIE-award winning one-person show and then into the film Swimming to Cambodia (1987), directed by Jonathan Demme.

This photo was taken at Show World around 1977 by photographer Joyce Baronio, author of the photo essay book, 42nd Street Studio. Gray was working there part time writing ads for them and also short scenarios that the strippers would enact on stage.

In the mid 1970s Gray also appeared in a number of pornographic films. In interviews and writings, he referred to having appeared in The Farmer’s Daughters (1976) and Maraschino Cherry (1978).

Gray later wrote an essay called ‘The Farmer’s Daughters’ in which he described the experience of not being able to sustain his erection for the shoot on the film: 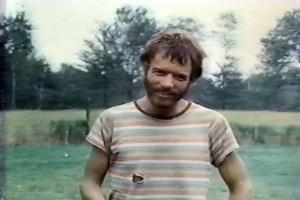 I was beginning to experience my limpness as The Great Refusal, but all of this was at the expense of the production. But, fuck it, I thought, someone always has to pay. There is no place in this world that doesn’t cost someone something.

The director had a new idea. It would be a new configuration. Rick would fuck Alice while she sucked me off… The director was right, something about this configuration worked. I closed my eyes and stretched back over the bed as I gave myself to this new found pleasure… In order to avoid premature ejaculation I ran the gamut of images, and at the same time, was careful not to choose an image so traumatic that it would lead to discouragement and disengagement… 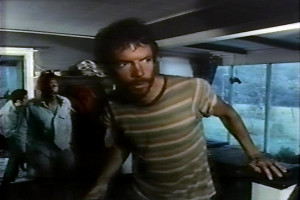 I pictured starving bloated children in Africa. I watched God in his heaven stumble like a drunken Bowery bum over his orange crate furniture. I saw Sissy Spacek with a wicked case of intestinal flu. And, for one terrifying second, I had a black webbing vision of cancer of the prostate. In short, I saw the end of the world as we have known it pass before my eyes, and breaking through these images I heard the director’s voice as he strode above me, ‘Make sounds, move around more, make it look like you like it. Moan, moan, goddamn it, make some sound.

In a separate journal entry at the time of this encounter, Gray wrote:

Spalding Gray died in New York City, of an apparent suicide in 2004. Steven Soderbergh made a 2010 documentary film about Spalding Gray’s life entitled And Everything Is Going Fine.

For more photographs from Show World, and an interview with the photographer Joyce Baronio, please visit our feature here. 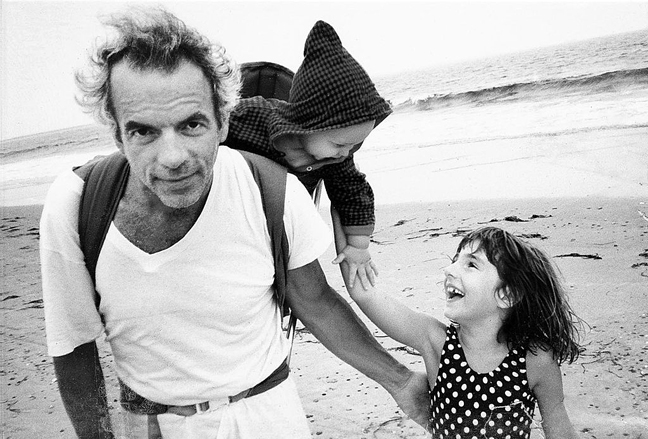