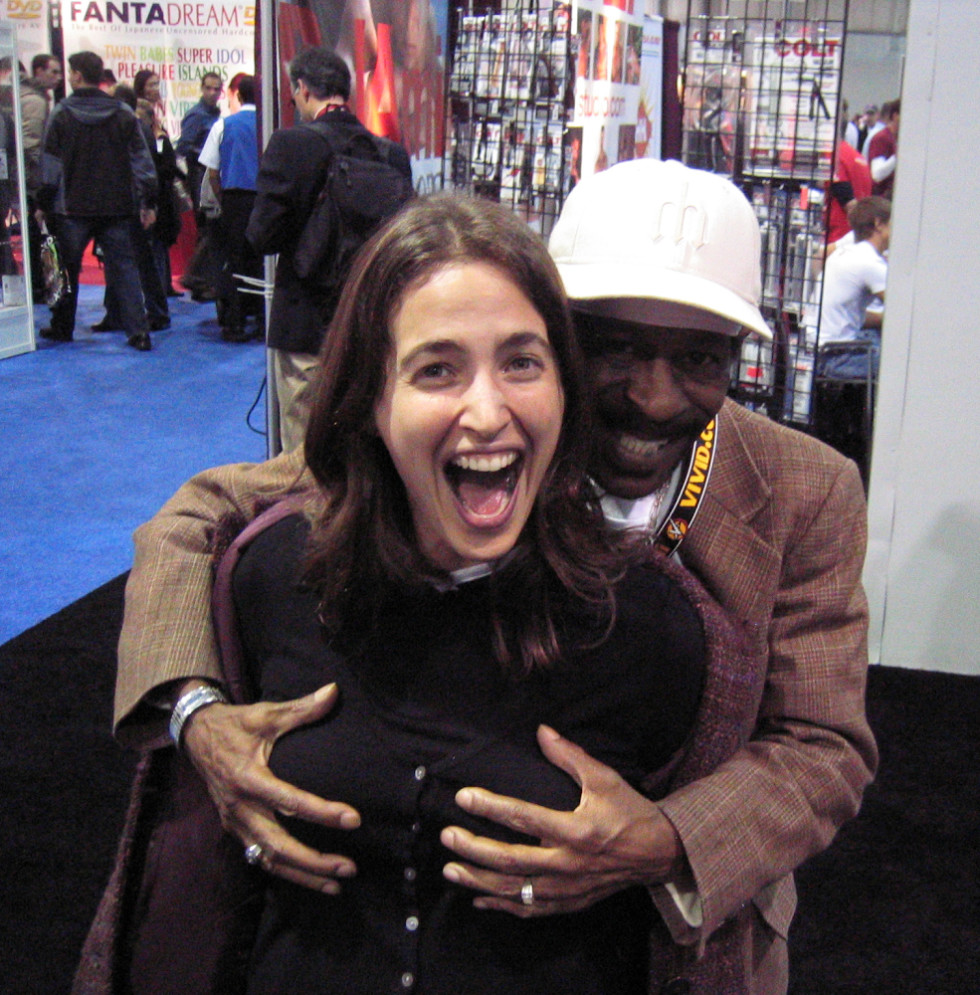 We have our hands full this week working on lots of future podcasts and articles – so we’re taking a break this weekend.

The above photo is of Johnnie Keyes (‘Behind the Green Door‘) and The Rialto Report‘s April Hall.

He was also a boxer, an amateur lightweight champion in the U.S. army from 1960–1965. Keyes had a lead role in Behind the Green Door (1972) in which he performed a 45-minute sex scene with Marilyn Chambers. He also performed in films in the Swedish Erotica series during the 1980s.

Keyes was in the San Francisco production of “Hair”, 1970–71, a cast that included Philip Michael Thomas of Miami Vice fame.

Aside from acting, he is also a professional musician. He currently lives in Seattle, Washington, where he plays jazz.

Keyes is a member of the AVN and XRCO Halls of Fame.

In the 1979 film Hardcore, there is a character named Big Dick Blaque based on him.