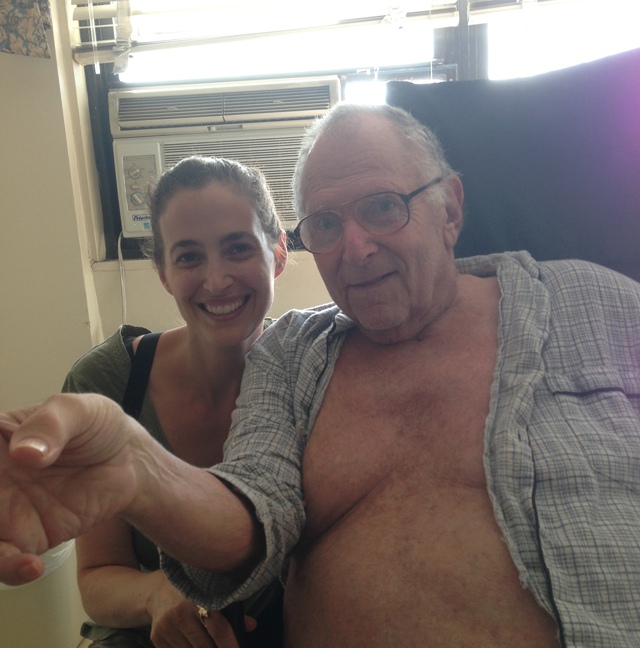 Al Goldstein, the founder of Screw magazine, who helped break down legal barriers against pornography and raged against politicians, organized religion and anything that suggested good taste, died in December 2013.

I feel like I knew Al Goldstein forever, though I first met him in the autumn of his life. 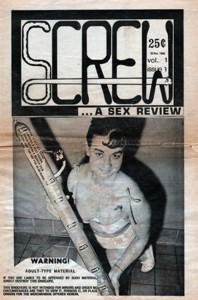 I’d moved to Gotham inspired by Al’s exploits several decades previously. It was Al who launched Screw magazine declaring “We promise never to ink out a pubic hair or chalk out an organ. We will apologize for nothing. We will uncover the entire world of sex. We will be the Consumer Reports of sex.” He’d built an successful empire on this unapologetic intent.

By the time I met him though, times had changed. For a start he was living in a small apartment in the Ozone Park neighborhood of Queens that was paid for by Penn Jillette.

April Hall and I were visiting to interview him for our documentary on the birth of the adult film industry in New York. He’d been irritable over the phone as we finalized details – so by the time I knocked on his door, I was braced for his famous anger. Instead he was a genial host – funny, thoughtful and considerate.

The next surprise was that he was thinner, much thinner than in his heyday. He’d lost over 150 pounds following stomach stapling surgery, though if anyone could lose weight and look less healthy it was Al. 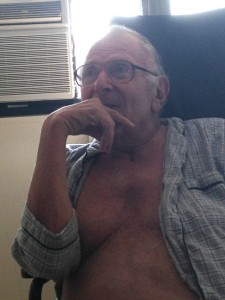 His apartment was covered in hundreds of piles of newspaper cuttings and magazines. You were lucky if you could find a footprint-sized space to stand. The TV was permanently on the History Channel; Al said that that he hardly watched anything else, and Second World War documentaries were his favorite.

His health – both physical and mental – had become a concern, and his kitchen cabinet was better stocked than a Duane Reade store with medication for every condition from his bi-polar disorder to chronic insomnia.

Before we could start the interview, he asked April if she could help set up an online dating profile for him. He insisted that he was just looking for a companion, someone that he could talk to, grow old and spend time with. And he wanted to stress that he was still extremely skilled at eating pussy.

It was a far cry from his life in the luxury Manhattan apartment paid for by the publishing empire that was based on the success of Screw magazine.

Al started Screw with partner Jim Buckley in November 1968 as a weekly tabloid in response to his “dissatisfaction with the sex literature… and yearning for a publication that reflected sexual appetites.” 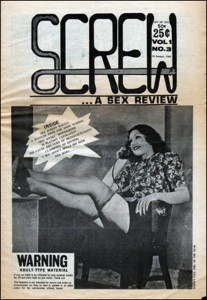 From the start he was the New York anti-Hefner. He was crude, loud and obnoxious. He railed against sacred cows in the magazine’s pages; in 1973, when the magazine printed nude photos of Jacqueline Kennedy Onassis, his critics were outraged, and 500,000 New Yorkers snapped up copies.

It was successful too. Screw had hit the zeitgeist and regularly sold 140,000 copies a week at its height.

Most importantly he was angry. “To be angry is to be alive. I’m an angry Jew. I love it. Anger is better than love. I think it is more pure,” he said in an interview.

Often he used his irritation to good effect. He quickly took on authorities and won a series of nationally significant obscenity cases. In fact during the magazine’s first three years, Goldstein was arrested 19 times on obscenity charges. 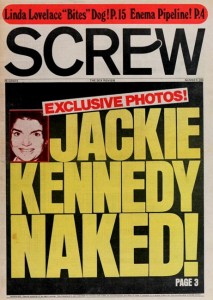 This was oxygen to Al, and he relished the role of the persecuted. “I really need the attention of being arrested, because that means I’m still bugging the establishment, that I’m still a gadfly to the state,” he told Playboy. “Acceptance of me and Screw would be the kiss of death.”

Unfortunately he was right, and after the heights of the early 1970s, he became a victim of his own success. Society had more permissive – ironically due in part to his own litigious efforts – and Al’s importance waned as Screw became less relevant as a cultural force. It was supplanted by glossier, lesser publications.

He became frustrated and depressed, and things only got worse. He lost his properties in New York and Pompano Beach (famous for a large statue of an extended middle finger on the lawn), and soon there were stories that he was sleeping in a car, panhandling in Central Park, or working as a greeter at the Second Avenue Deli.

Back in Al’s apartment, we turned on the camera and started to interview him. The energy in the room changed instantly. Gone was the kind, gentle Al. It was like being transported back to the set of Midnight Blue. 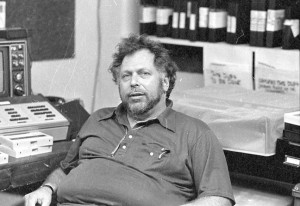 “My role in the sex industry is that of Columbus discovering what he thought was America. I discovered the Clitoris, the Orgasm, the Vagina, the Penis, the Ejaculation. I am truly the Thomas Alvar Edison of Pussy”, he said.

Over the next few years, I saw him a few times for lunch with friends such as Jamie Gillis or Ratso Sloman. He continued to ask about the dating profile, and even wanted me to set him up with Kim Pope, an adult film actress from the early days with whom we’d become friendly. I called Kim and listed Al’s many credentials, but she wasn’t wildly enthusiastic and the date was never happened.

He ended up in a nursing home in Cobble Hill in Brooklyn. By now he was in a wheelchair and diabetic. His mind was darkened by the clouds of dementia. We visited him on a regular basis, but there were never any signs that he recognized us and so conversation was basic.

I’d ask him how he was feeling. “I’m just a happy Jew” he’d say with a broad smile on his face.

I’d asked him what he’d been doing. “I’m just a happy Jew” he’d say winking at me. 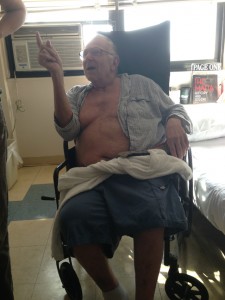 His small room was undecorated save for a few snapshots that showed Al with a few celebrities, one of whom was Ron Jeremy.

I asked if he knew any of the people in the photos.

And he did seem happy, though it was sad to see his formidable anger and intellect extinguished. He’d lost his ability to shock and surprise that had been such a defining feature.

Still, he was always happy to have company, and we took him old Jewish stand-bys such as sugar-free rugelach, babka, and Dr Brown diet cream soda.

The last time we saw him was a few weeks before he died. As ever he was confused, quiet and content. When we stood up to leave, he told us again that he was a happy Jew.

As I bent down to hug him, he looked up suddenly. He looked at me intently and said “How is that documentary of yours going? Are you ever going to finish it? Will I get to see it?”

I’d been wrong. Al hadn’t lost his ability to shock and surprise. 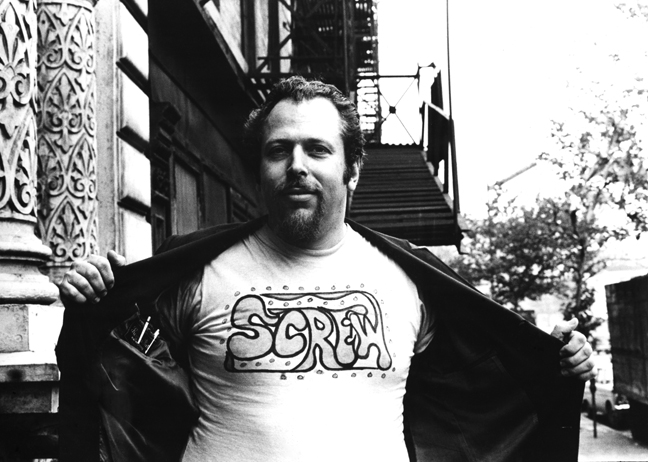