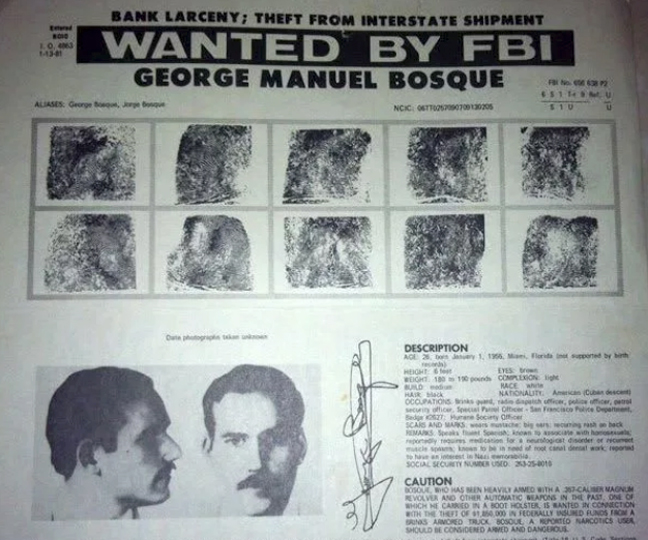 You can read the original article here.

The movie deal announcement, which appeared on Deadline.com this week, is reprinted below:

This was one of the biggest heists of its day and colorful character Bosque, a Miami native of Cuban descent, evaded capture for more than a year. Bosque said he had spent or given away all the money he stole in a spree in which he lived in penthouse suites and rode in limousines and helicopters. A warning of things to come, in his high-school yearbook he reportedly wrote, ‘”Life is a simple contest, in which not the strong and loudest win, but the silent, watchful strategist and calculist.’”

I hear there were a number of interested parties in on the screen rights, including Amazon and Greg Berlanti. You can see why.

Valparaiso’s David Carrico, Adam Paulsen, and Bobby Hoppey will develop the story into a feature and produce alongside Hacksaw Ridge and Face/Off producer David Permut at Permut Presentations, and Adam Blum under his Free Will banner. The team is looking to set a writer and filmmaker on the project.

Valparaiso’s David Carrico said, “Ashley and April wrote a compelling article – which carefully peels away to reveal the wildly unique character arc of George Bosque, who notoriously went from security guard, to bank robber to producer after he presented Centurians director John Christopher with a bag of cash. We knew how special this story was even before we finished reading the article,” said

Permut added, “The complexities of George’s character set against the backdrop of the sexual freedoms of the late 1970’s before the onslaught of the AIDS epidemic creates a multi-layered tale of ambition, love, crime and despair. It’s Dog Day Afternoon meets Boogie Nights! I’m very much looking forward to collaborating with the team at Valparaiso and Adam Blum on this provocative project.”

Adult film experts Ashley and April Spicer are consultants on HBO’s The Deuce and are the founders of The Rialto Report, an authoritative online archive for oral history, audio recordings, and photographs documenting the Golden Age of Adult Film.

Valparaiso is in pre-production on Ethan Berger’s coming-of-age thriller The Line, starring Alex Wolff, John Malkovich, Scoot McNairy, Jessica Barden, and Lewis Pullman; and the firm is developing the upcoming spy action-comedy No Glory with Kumail Nanjiani. Valparaiso recently premiered The Sound of Silence with Peter Sarsgaard and Rashida Jones in competition at Sundance 2019 where it was acquired by IFC.

Permut Presentations’ most recent productions include Oscar-winner Hacksaw Ridge and Netflix pic The Polka King starring Jack Black. The company is currently in production on a documentary that follows the creation of the nightclub Chippendales, which will serve as a companion piece for the feature film starring Ben Stiller and Dev Patel which is set to go into production later this year. 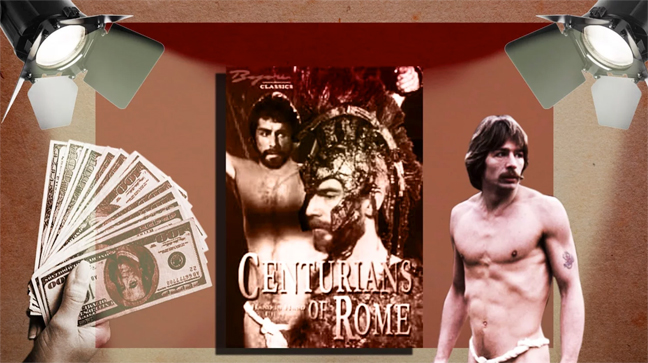