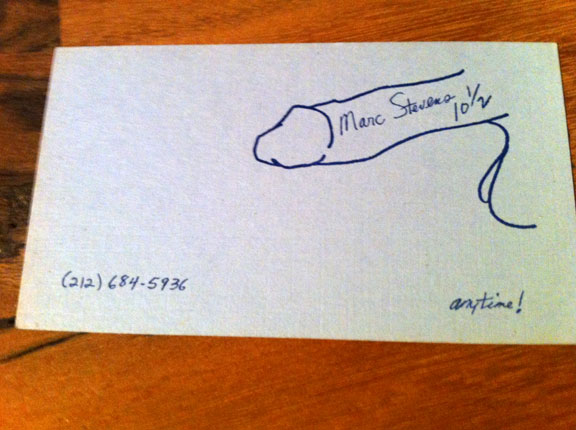 Marc Stevens was ubiquitous on the adult film and party scene in New York in the 1970s. He published not one but two autobiographies, ‘Mr 10 1/2’ ” and ‘Making It Big’, and was always available for quotes, photo-shoots, and interviews.

As he said in the forward of his second book: “Sex was my best thing, always, and I knew enough to play off that. Maybe I looked right, maybe my body was okay on a dance floor, maybe I could make you laugh – but my real talent was always in my cock.

“I hate to limit myself to that, but it’s taken me on such a long, strange trip I think I made the right decisions.

“They always told me it was the greatest life if you don’t weaken… and I never did, fans. I never did”.

Stevens was a pioneering sex industry figure during the 1970s in New York City. He appeared in over 80 pornographic movies, and he also led an erotic dance troupe and performed in live sex shows. While he predominantly appeared in heterosexual films and loops, he made a number of gay movies as well. He was a close associate of leading sex industry figures such as Jason & Tina Russell, Annie Sprinkle, who was also his neighbor for a time, Sharon Mitchell, Jamie Gillis, Georgina Spelvin and Gloria Leonard. Tall and lean with a well-defined musculature, he had the nickname “10½” because of the supposed size of his circumcised penis. He was famously photographed by Robert Mapplethorpe. He was bisexual.

Despite his prominence in the 1970s and the fact he produced two memoirs (long out of print and allegedly ghost-written by his mother) one of which was named “10½!”, Stevens has attracted relatively little attention since.

Notable films featuring Marc Stevens include:
The Devil in Miss Jones
All about Gloria Leonard
Michael, Angelo and David

Stevens was posthumously inducted into the XRCO Hall of Fame on April 30, 2008.

Here’s one interview with Marc Stevens – from Swingle magazine in September 1975: 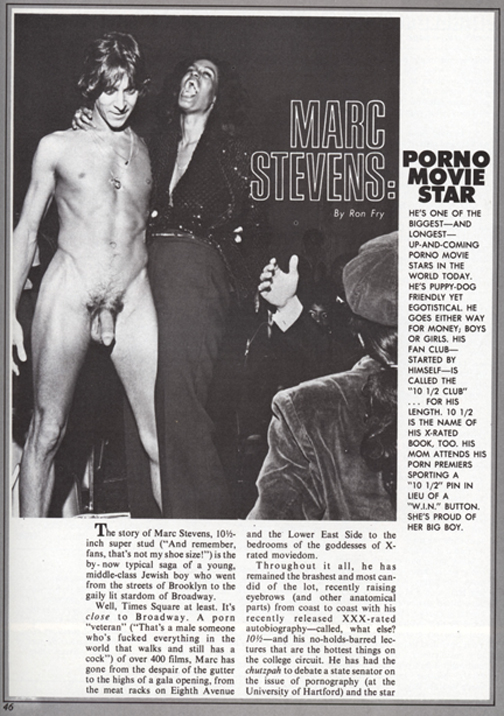 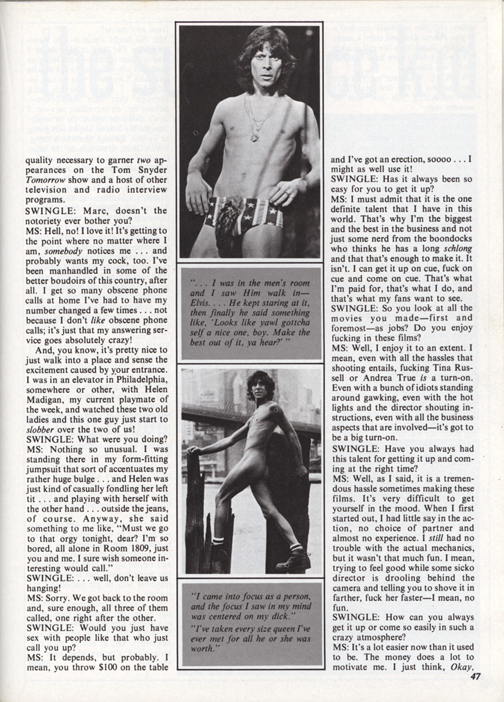 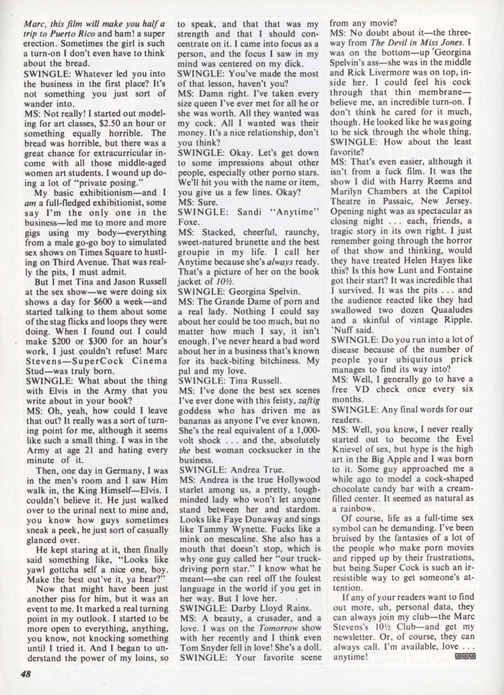